Bloomberg campaigns in Winston-Salem and Greensboro

He visited the Triad on the first day of early voting in North Carolina. 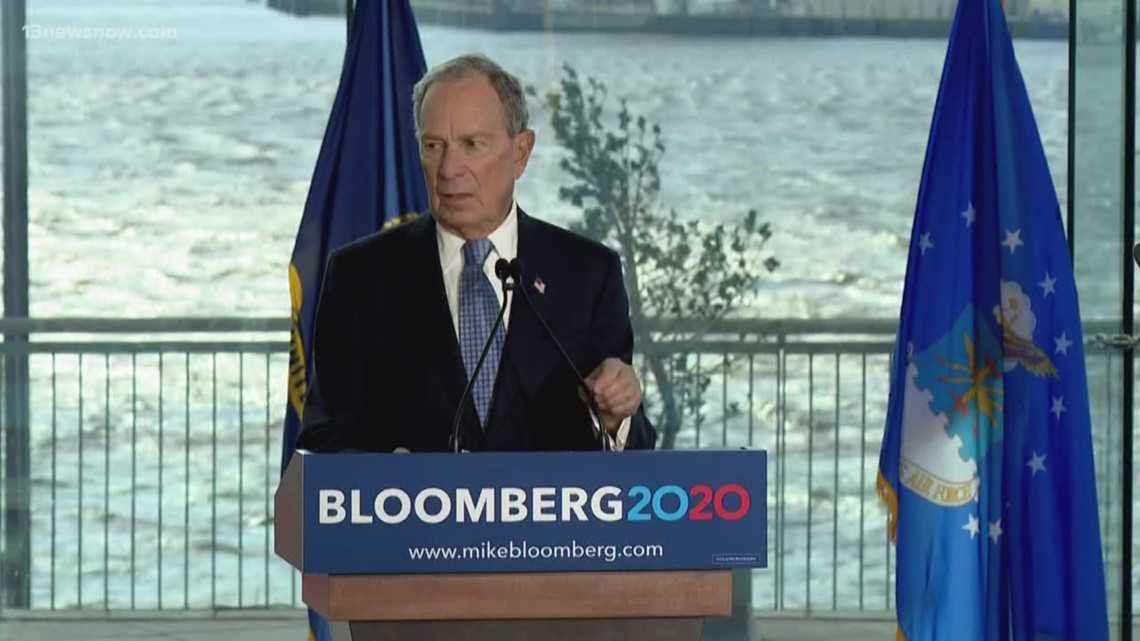 A 7th grade teacher from Winston-Salem is taking a trip to Disney World after winning $10,000 on a scratch-off ticket.

Winston-Salem Officer Involved in Wreck on Way to a Call

Police say Officer Wilson's patrol car and a car carrying a family crashed in the intersection.

E-Scooters Are Coming Back To Winston-Salem, But There Are Rules

After nearly a year-long ban, the city signed an agreement to bring in 100 scooters.

WINSTON-SALEM, N.C — Today is Presidents' Day, and one local professor knows our country's leaders in great detail.
In fact, he can draw all of them, by memory, in just minutes.
Dr. John Hutton teaches Art History at Salem College in Winston-Salem.
He is so good at sketching the 45 U.S. Presidents, the White House Historical Association asked him to write a book teaching others how to draw them.

WINSTON-SALEM, N.C. -- A man was taken to the hospital after a shooting in Winston-Salem on Tuesday morning, according to police.
Forsyth County EMS reports he is in critical condition.
At about 4:10 a.m., a caller reported a shooting on Patterson Avenue near 17th Street.
On the scene, police found a man in the roadway with at least one gunshot wound.

Motorcyclist suffers critical injuries in crash with SUV in Winston-Salem

WINSTON-SALEM, N.C. — A crash involving an SUV and a motorcycle in Winston-Salem left one person with critical injuries, according to police.
Police responded to the crash at the intersection of Northwest Boulevard and North Hawthorne Road.
The motorcyclist was taken to the hospital.
Hawthorne was closed from Glade Street to Northwest Boulevard, which the road has since reopened.

Winston-Salem Families Must Restart After 2 Fires Over Holidays

Families pick up the pieces Wednesday after two fires in Winston-Salem displace more than 14 people.

Learn Alternative Routes Ahead of Business 40 Closure in Winston-Salem

NCDOT wants drivers to learn about alternate routes ahead of the Business 40 closure in Winston-Salem starting in November.

Heated Debate: Should Confederate Monument In Winston-Salem Get Moved?

People on both sides of the argument shared their points at the Winston-Salem city council meeting Tuesday night.

The school must raise the money by April 1. It also needs to boost its enrollment by 50 students.

DAVIDSON COUNTY, N.C. — A Virginia man was arrested after leading deputies on a 100 mph chase through Davidson County.
Parish Deon Hairston Jr., 31, of Collinsville, Virginia, was extradited back to North Carolina on Wednesday.
On Valentines Day, Davidson County deputies tried to pull over a 2005 Chrysler 300, registered in Virginia, for following another vehicle too closely on Interstate 85 North near Belmont Road.

Winston-Salem police receive reports of indecent exposure, how to stay safe when you shop

WINSTON-SALEM, N,C. -- Shoppers are being encouraged to stay aware of their surroundings.
Winston-Salem police say they’ve received reports of a peeping Tom and an indecent exposure just in the past two months at Mega Thrift stores.
Police need your help identifying a man wanted for exposing himself at the Mega Thrift in Clemmonsville on Thursday.

WINSTON-SALEM, N.C. -- More than 600,000 people go missing every year in the United States. Of those, tens of thousands remain missing a year later. And each year, more than 4,000 unidentified bodies are recovered by law enforcement across the country.
"The boys come in and I'm like, 'wait, where's my daughter,’” said a Winston-Salem mother, who didn’t want to be identified, minutes after her daughter was found by Winston-Salem police.

Five Candidates, One Baton: How The Winston-Salem Symphony Is Choosing A New Director

The Winston-Salem Symphony is auditioning five candidates to take on the role of music director. Robert Franz is the third to audition.

When Will The Winston-Salem Confederate Monument Come Down? Here’s What We Know

Winston-Salem Mayor Allen Joines said the City will wait until Monday to evaluate what’s next for the Confederate monument.